As "one of the intimate art's abiding treasures" (Los Angeles Times) cellist Marcy Rosen enjoys an extensive and varied career in chamber music and education, highlighted especially by the opportunities to work with the colleagues she calls friends.

On January 10, Marcy returns to PCMS (for the second of three appearances this season) to pay tribute to her late friend, violinist Ida Levin. Some of Ida's closest musical friends will join Marcy for this special concert. In our interview below, Marcy shares memories of Ida and Ida's impact on the musical community; describes the rarely heard Glazunov String Quintet; talks about performing with her friends, her early days as a cellist, and why she loves playing chamber music; and previews her next appearance with us with April's Musicians from Marlboro tour.

Jessica Wolford: The concert on January 10 is a tribute to violinist Ida Levin, a friend and colleague of yours and of the other artists on this program. Do you have a fond memory of her that you could share? And how would you describe Ida’s impact on chamber music (the art and the community)? 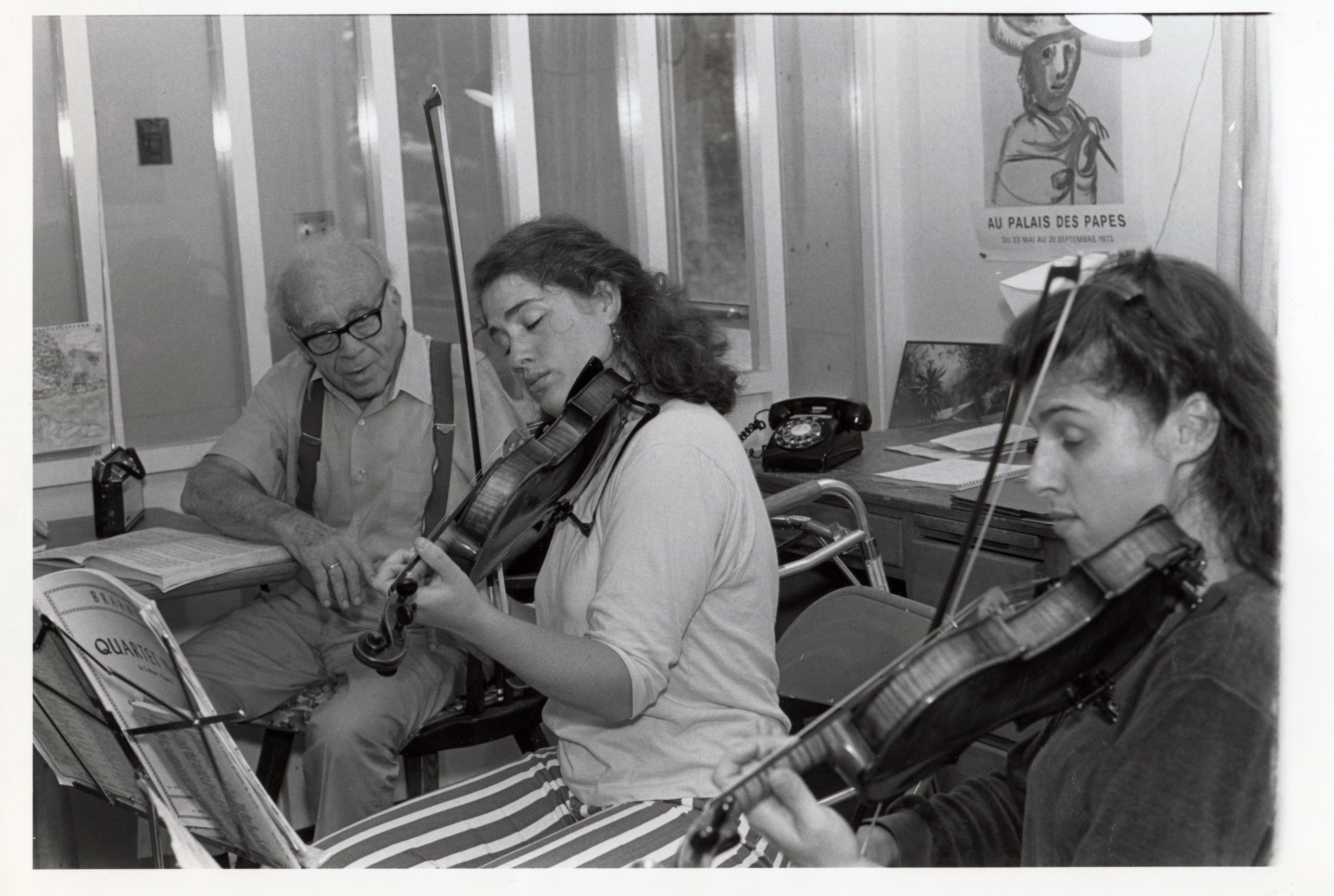 Marcy Rosen: Ida was a force of nature. She was fiercely passionate about everything in her life, and she never did anything without total commitment. I had the great pleasure of playing with her in the Mendelssohn String Quartet for seven of our 31 years. Ida brought a strong vision to our ensemble. Her passionate interpretations of Janáček, Schoenberg, and Berg stand out in my memory. 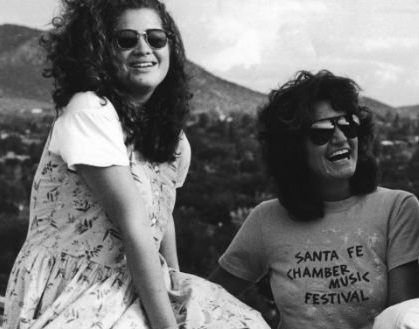 Ida Levin and Marcy Rosen in Santa Fe in the late 1980's. Courtesy of Marcy Rosen

Ida had an interesting and varied musical life playing and teaching at different festivals and schools all over the world. That being said, really it was mostly about the friends she made everywhere she went. I think Ida had more people she could sincerely count on as friends than anyone else I know. She was vivacious, funny, generous, stubborn, and sometimes quite bossy—but most of all she simply loved life. Once, when we were in Italy, we took the train from Rome to Naples just to have the gnocchi at her favorite restaurant there! All of us who loved her have many small and incredibly touching memories of Ida.

JW:  You will be performing Alexander Glazunov’s String Quintet in A Major, Op. 39, a rarely-heard work that Ida loved. What can you tell us about this piece and what the audience might expect to hear?

MR: The Glazunov is a wonderfully melodic and romantic piece. It's substantial, and each movement has a distinctive quality. The first movement opens with a viola solo and then the melodic line is passed around to all of the other instruments. The texture is rather dense, and there are a lot of subtle tempo changes. The second movement is a terrifically clever scherzo with pizzicato running throughout.  The third movement is a rhapsodic Andante, and the Finale opens with a rustic folk tune that morphs into a fugue subject. Glazunov studied with the great master Rimsky-Kosakov and then he (Glazunov) became the teacher of Dmitri Shostakovich.

JW:  You’ve had a long working/performing relationship with the other artists on this program. What artistic advantages might that provide you?

MR: What is great about playing with people you know well and have worked with over long periods of time is the ease and familiarity you have with their playing and their personalities. Carmit Zori and I attended Curtis together so we have known each other since the middle of the 1970's! One of my first Marlboro tours was with Daniel Phillips in 1979, and we have played together countless times over the years. All of the artists in this concert have been at Marlboro, and I have had them all either currently or in recent years at my festival in Maryland, Chesapeake Chamber Music. We are all friends, and it's just great to have the opportunity to make music together.

JW:  Can you talk a little about the beginning of your days as a cellist? Who or what were your earliest inspirations?

MR: I started piano lessons at the age of six, and my piano teacher also taught the violin and the viola. When I became curious and interested in playing another instrument I discarded the violin pretty quickly! I was much more attracted to the voice of the viola but, as it turned out, my school orchestra needed a cellist! So that is the reason I play the cello! I loved it immediately and often listened to recordings of Casals (who I heard once in person) and Rostropovich who I eventually played for and heard many, many times. I grew up in Phoenix where there is to this day a wonderful Chamber Music Society. The Society offered hospitality in the form of housing to many artists, and my piano teacher and my parents often hosted visiting artists. So as a kid I was around many inspiring chamber musicians. Members of the Cleveland, Budapest, and Hungarian Quartets, the Beaux Arts and Alma Trios, and the cellist Zara Nelsova frequently came through Phoenix, and sometimes they stayed with us! I had the opportunity to have meals with and occasionally have lessons with people like Gábor Rejtő, Paul Katz, and Zara Nelsova. It was really a privilege.

JW:  You have an extensive career playing chamber music. What is it about chamber music that makes you want to play it, as opposed to being in an orchestra or a larger ensemble?

MR: Playing chamber music is the best! Sharing music with colleagues is an intimate and fulfilling experience. I know that I want my voice to be heard, and playing in smaller ensembles or in a quartet gives me that opportunity. I was always immersed in chamber music, and all of my influences were chamber musicians so that really was the natural direction for my life's work.

Marcy Rosen performs with a Musicians from Marlboro touring group at the Library of Congress in Washington, D.C.

JW:  After this concert, we're looking forward to having you back in the Perelman Theater with the Musicians from Marlboro III tour in May. Is there a piece from the tour that you are especially looking forward to revisiting with your fellow Marlboro musicians?

JW: Marlboro tours are always centered around an outstanding performance of a work heard at the summer festival. A couple of years ago we worked on and performed the lesser known of the Brahms Viola Quintets—the Quintet in F Major, Op. 88. We had a fantastic time working on the piece and, fortunately, our performance went well! I am looking forward to having the chance to reunite with my younger colleagues, revisit the work we did, and have the opportunity to play the piece with them several times. It's very frustrating when you focus on a work with such intensity and then only get to perform it once!

Marcy Rosen joins PCMS for the Ida Levin Tribute Concert on Wednesday, January 10 at 8 pm at the Perelman Theater. For tickets and information, please visit the concert page or call our box office at 215-569-8080.