For our second artist interview of the season, tenor Nicholas Phan was gracious enough to sit down and answer a few questions about his upcoming program at the American Philosophical Society. Here are his answers. I hope they help to illuminate the artist behind the music, and that learning a bit more about this program inspires you to attend Nick's PCMS recital debut with pianist Myra Huang on Friday, November 4th.

Juliet Woods:  How did this program come together? Why did you choose these particular pieces? 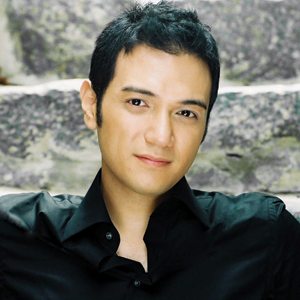 Nicholas Phan:  I've been exploring Britten's music extensively over the past few years in recital programs, concerts with various orchestras, and my summers at the Marlboro Music Festival,  so when it came to putting this program together, both Myra and I naturally drifted to Britten at first. Winter Words has become a favorite cycle of ours to program on recitals over the past few years, and that eventually led to us programming an entire recital of his music. I was primarily interested in his relationship with Peter Pears and how that manifested itself in their performances — the Michelangelo Sonnets is the first song cycle Britten wrote for Pears, written very early on in their relationship. Winter Words represents a period in their relationship in which they were both somewhat in their artistic prime. The influence of Purcell on Britten's music is quite evident in the Winter Words, so that led us to include the extensive Purcell set at the beginning of the program. Britten wrote many realizations of Purcell songs, and often arranged them into Suites of Songs, much like we have done at the opening of this program.

JW:  In the last couple years you have astounded audiences from Edinburgh to Seattle performing in operatic roles as well as small ensemble and solo performances. With such a diverse repertoire, how do you adjust your performance for a more intimate recital like this one?

NP:  I've actually found that performing in intimate recitals always pushes me deeper to dig for as much expressive detail in both the music and the text as possible. Recitals are quite naked and exposed in a sense — there are no costumes, orchestra, chorus, sets, or other singers to hide behind. It's just the singer and the piano. As a result, I find that communication with the audience is much more direct, which I love. It's a real chance to connect in a much more intense way with an audience and create a really moving experience for everyone. The great thing about it is, I've found that all the work  for detail and delivering the text I've done in recitals has bled into my other orchestra and operatic work as well, and it's only made performing overall a richer experience.

JW:  What is your favorite part about performing in a setting like this?

NP:  My favorite thing about recitals would most definitely be that direct connection with the audience that I just mentioned.  I also love the idea that these songs, which seem so small on the surface, actually contain such huge dramatic and expressive possibilities. They are like these little gems that contain vast, magical universes in each one — it's so extraordinary to me.

JW: You have spent multiple summers at the Marlboro Music Festival in Vermont. How have your experiences there helped to shape you as an artist?

NP:  I would have to say that my summers at Marlboro are a large part of why I am still a musician. I started going up there after I had finished a few operatic young artist programs and had been out working as a freelance singer for a couple of years. In those first few years of trying to establish myself, running from gig to gig, I lost touch with why it is that I wanted to be a musician in the first place. As much as I love singing opera, I fell in love with singing first and foremost through the song and orchestral vocal repertoire. On top of simply reconnecting me with music for music's sake, my summers at Marlboro really got me back in touch with that part of the repertoire again, and I felt like I rediscovered my artistic soul during my first summer there. Since that first summer, I've been strongly recommitted to doing recitals and maintaining orchestral concert work as a large part of each season. I know many people say this about Marlboro, but I truly feel like I found myself during my time at the Festival.

Another important influence that the place has had on my artistic growth has been the extended periods of time I've gotten to spend working with Benita Valente while at Marlboro. Benita has taught me just how much I can demand from myself as a singer, and to really treat the voice like an instrument that needs to be cared for and mastered. She's been a tremendous technical and musical help to me, and I am so grateful for her honesty, her willingness to push me, and her mentorship.

Inside Our Weekly E-Newsletter