Behind the Scenes at PCMS: Last Minute Concert Postponements

While we had some close calls this season with near cancellations thanks to Mother Nature, in the end we presented all of our concerts minus one (due to illness). Amazingly we somehow avoided any real close calls with artists unable to make it to Philadelphia during any of our countless storms. However, we were forced to postpone one concert this year, and as that day was unfolding, I thought to myself what a great blog post/story it would make. In the end, all was well that ended well, but for a stretch of about 12-14 hours life for me and other PCMS staffers was a true roller coaster ride.

Here is a minute-by-minute account of what transpired from late Saturday night into early Sunday morning and then leading up to our concert on the day of December 8th, 2013.

2:00 am:  I typically sleep with my phone on vibrate near my bed, just in case of an emergency. In six years of doing this, I have never once received a single text past midnight. But on this night I awakened to a text from American Philosophical Society (APS) Building Manager Nik Goripow. In all caps, it read:  JUST GOT PAGED TO 427 CHESTNUT STREET — POWER OUTAGE / FIRE IN MANHOLE NEAR APS / PECO NEEDING TO INSPECT OUR BUILDING. AFTER WAITING 30 MINUTES PECO TELLS ME POWER COULD BE RESTORED BY LATE MORNING BUT MAYBE NOT UNTIL AFTER CONCERT / PECO IS SUPPOSED TO CALL ME WITH AN UPDATE AT 9AM.

Realizing there was nothing I could do until 9am I thanked Nik for the update and tried to go back to sleep.

8:00 am: With snow beginning to fall and Benjamin Franklin Hall still without power, I walk to the office and start to prepare for a potential cancellation. This involves:

Fortunately for the artists, the Omni Hotel (where they were staying) never lost power, despite being on the same block as the venue (apparently it is on a different transformer/electric grid). 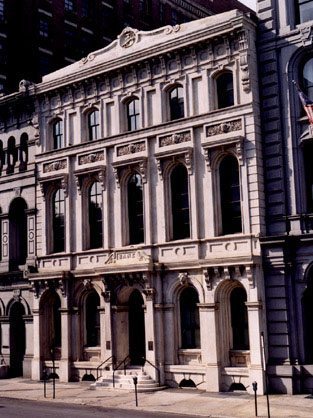 9:00 am:  I contact Nik and learn that he is still awaiting word from PECO. The hall and a neighboring building are still without power, but the rest of the block is fine.

9:30 am:  After speaking again with PECO, Nik calls with the news that the power “may come back on” by 1 pm. He says they ought to have a clearer idea by 11 am.

10:00 am:  With snow beginning to fall more heavily, I call the artists and update them. They still think we can pull this off (minus the pre-concert lecture) if the power comes back on by 1 pm. Next I call PCMS Executive Director Philip Maneval, bring him up to speed, and together set off on a wild goose chase to investigate what other halls might be options if we find out that the power will NOT come back on at 427 Chestnut Street. We contact the Convention Center (no one answers multiple calls) and learn that the Seaport Museum is NOT available, Curtis is NOT available, the Perelman Theater is NOT available, and the Art Museum is NOT available. Philip and I begin to realize that if power is not restored at Benjamin Franklin Hall, we may just have to cancel.

10:30 am:  I get antsy waiting in the office and drive down to the hall to see what exactly is going on. Bradford and Patrick stay behind to handle phone calls.

11:00 am:  With several inches of snow now on the ground, I park in front of a dark Benjamin Franklin Hall and walk up to 5th and Chestnut, where I see a manhole cover that is completely charred, as if there had been a fire underground. Several PECO trucks are assembled around it, but no one from the actual crew.

11:30 am:  Two new PECO trucks pull up, and I approach an older man who seems to be in charge. He tells me his name is John, and he is just coming on shift. I explain our whole saga, and he immediately puts in a call. As he is on the phone, I can surmise from the way he is responding that the power is NOT going to come on anywhere close to noon or 1 pm. John hangs up and confirms my suspicion, explaining that hazmat still has to go in and clean up the charred manhole before any electrical replacements can be made.

11:45 am:  I head back to the office as Bradford and Patrick start the process of calling all ticket holders to let them know that we are cancelling today’s concert (and not because of the snow, as many assumed). I get in touch with the artists, and they are very understanding despite the bad news. They are supposed to play the same program the next night in Boston (which, as luck would have it, eventually gets cancelled because of the snow). Marcy Rosen and Hiroko Yajima brave the terrible conditions and drive back home to Northern Jersey; Lydia Artymiw arranges to stay with family in the Philadelphia suburbs; and Kim Kashkashian heads to the airport to try and get a flight back to Boston. After eight hours of waiting for her delayed flight, she decides to go back to a friend’s place in Philadelphia and stay over night before catching a very early train back to Boston on Monday morning. 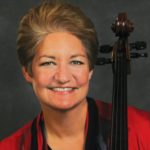 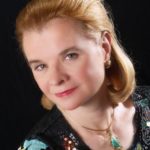 12:00 pm:  I get back to the office and immediately send an email about the cancellation to all ticket holders, in hopes of reaching anyone who we were not able to connect with by phone. Alas, even though we completed the several hundred calls and emails by 12:30 pm, we still missed a few people who had left before noon for the concert. Two couples were unfortunately stranded in Center City and stayed the night at the Omni Hotel.

1:30 pm:  Having now coordinated with all of our patron, the artists, the piano tuner and the press, Patrick and I head back down to the hall so we are around in case anyone walks up to the venue and still expects a concert to be taking place.

2:00 pm:  Patrick and I ensconce ourselves on the front steps of Benjamin Franklin Hall. Not expecting anyone to show up, we pass the time listening to the Eagles game that is being played in the midst of a blizzard at Lincoln Field.

3:00 pm:  After encountering and chatting with two patrons who did actually show up at the hall (around 2:30 pm), Patrick and I breathe a sigh of relief at reaching the end of this ordeal. We realize we haven’t eaten since early in the morning and head straight to the Melrose Dinner (because, hey, as the slogan goes: “Everyone who knows…”). There, in the midst of a big snow storm, we watch an incredible Eagles comeback and finally relax in the great atmosphere of one of Philadelphia’s finest diners.

At one time–especially in the days of PCMS concerts at the Convention Center–experiences like this one were fairly commonplace, happening at least once or twice a season. Who else remembers the time we had to move the Guarneri Quartet's concert to a different room at the very last moment because there was a girls' tap-dance competition in the neighboring room? While that sort of situation is much more rare these days, you still never know what sort of fun/madness might be in store on a concert day. At least this one had a happy ending, as later in the week we worked with all four artists to arrange a new date. The rescheduled concert will take place on Tuesday, May 20, 2014, and I hope you can join us.

Miles Cohen is the Philadelphia Chamber Music Society's Artistic Director. He can be reached at [email protected].