Ignat Solzhenitsyn responds to questions: Why this repertoire? Why now?

Ignat Solzhenitsyn:  The idea to include Stravinsky came from Tony Checchia (PCMS Artistic Director), who wanted this concert as part of PCMS's engagement in PIFA (the Philadelphia International Festival of the Arts -- 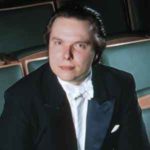 the city-wide arts festival celebrating the creative world of Paris from 1910-1920).  He was particularly interested in our focusing on Stravinsky.  The Duo Concertante and Suite Italienne are two of Stravinsky's most elegant Neo-Classical works, and I thought they would make a terrific pairing.  Similarly, we thought it intriguing to combine the first sonata and first trio of Shostakovich, both of which are heard so very much more rarely than their famous second siblings!  It's interesting, too, that while the first trio is very tonal and pleasing to the ear, the first sonata is a feast of glorious cacophony, a wild work of unbridled youth.

Putting these two composers together highlights both the "Russian-ness" of Stravinsky, and the experimental, daring nature of Shostakovich's early period, which reveals Shostakovich to be no less an avant-gardist than Stravinsky himself.

Ignat Solzhenitsyn (piano) performs with Jennifer Frautschi (violin) and Efe Baltacigil (cello) on Wednesday,  April 20th at 8:00 pm in the Perelman Theater. For tickets and information, just click here or call the PCMS Box Office at 215-569-8080.

Steven Tenenbom (Orion Quartet) responds to questions: Why this repertoire? Why now?