One of the things I enjoy most about my job is dividing my time between PCMS and Marlboro because I am able to spend time during the summer with some of the very same artists that we present during the year.  Seeing Peter Stumpf’s recital coming up fast on our calendar, I recalled a recorded conversation we had together during one particularly pleasant day in Vermont (if you listen closely, you can hear the birds singing). 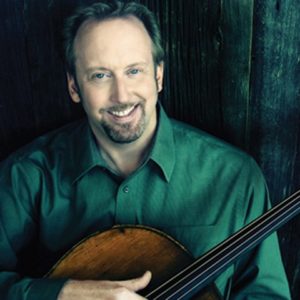 As we talked about his relationship with PCMS, he reflected on his Curtis years in Philadelphia attending some of our first concerts at the Walnut Street Theater.  Years later, he made his PCMS debut with Pam Frank and Cynthia Raim in 1993.  And since then, Peter has appeared countless times on our series–in both solo recitals and chamber appearances.  And with every passing year, Peter says that Philadelphia is probably his favorite place to perform.

But we spent most of our time discussing his upcoming program on Sunday, February 27th.  He spoke at length about the Kodaly Sonata for Solo Cello, a piece that has never been performed on our series before.  His choice of the other three works came from how each work draws on the pioneering techniques Kodaly was using at the time.  In Peter’s words:

The Kodaly is a ground-breaking work for solo cello.  It involves a technique called Scordatura, which means that the strings are tuned differently (the C and G strings a half step lower), increasing the possibilities compositionally for the cello as a solo instrument–a unique idea that started in the 20th century…. It is also a brilliant virtuoso work, covering the whole range of the instrument and uses extended techniques with harmonics, ponticello and other types of effects.  All of these are then employed by these composers later in the century.  That is why it is a great center piece for the recital.  The Ligeti, Britten, and Dutilleux all have a certain relationship to the Kodaly in some way, but are all very different.

While this might make the Kodaly and the rest of his 20th Century selections seem all the more inaccessible, I asked Peter what he would say to convince people to come to his recital.  “Because these are things we are not accustomed to hearing does not mean that they need to be difficult to hear.  The Kodaly is very much based on folk music and is very easy to [listen to].”  He continued to say that the challenge of a piece like the Sonata is “trying to create the sense of polyphony (different voices sounding) with one instrument.”  Having heard this piece myself before, I remember closing my eyes and thinking I was hearing two cellists on stage.  The soundscape alone that this piece creates is worth attending the concert for.

To listen to the complete interview, just click on the audio player below.

What underlies a great performance?

Raman Ramakrishnan (Daedalus Quartet) responds to questions: Why this repertoire? Why now?