Lydia Artymiw Responds to Questions: Why this repertoire? Why now?

On Friday, March 25th, pianist Lydia Artymiw will be joined by Hiroko Yajima, violin, Samuel Rhodes, viola, and Marcy Rosen, cello for a recital of works by Beethoven, Dvorák and Fauré.  Continuing our exploration of how artists choose the programs they present, we asked Ms. Artymiw the following questions:

PCMS:  Why did you choose this particular repertoire for your concert?  Why perform these pieces at this time? 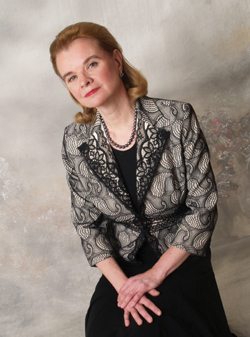 Lydia Artymiw: A couple of years ago, Hiroko, Marcy and I performed the Smetana Piano Trio for a PCMS concert, and we had so much fun working together and performing that piece that we wanted to play together again and do more trios.

Marcy suggested the Dvorák G Minor Trio which is rarely played.  I first studied and performed it at Marlboro in 1974 but have not played it since, so I wanted to go back to it again many years later and renew it in my repertoire. That was the foundation of this program. And we all love the piece, even though it is not as popular as Dvorák's very famous "Dumky" Trio or his marvelous and bigger F Minor Trio.

Marcy, Daniel Phillips and I performed the Beethoven "Kakadu" Variations several summers ago at Marcy's Eastern Shore (MD) Festival, and this was another work that I studied and performed in the early 70's but did not play again until a few years ago. It is such a fantastic work, both very humorous and dramatic, and the only set of Variations  composed by Beethoven as a complete Piano Trio. I thought it would make a wonderful concert opener, and Marcy and Hiroko agreed.  It was also a favorite work of Rudolf Serkin's at Marlboro, and I vividly recall one of his fantastic performances of the Beethoven with Lucy Chapman and Sharon Robinson.

As for the piano quartet, Sam Rhodes mentioned the Fauré; I recorded both the Fauré Piano Quartets in 2006 with colleagues from the Minnesota Orchestra and St. Paul Chamber Orchestra. I had also studied and performed the Fauré C Minor Quartet at Marlboro, even doing it on a Marlboro tour in 1974-75 with Felix Galimir, Kim Kashkashian and Sharon Robinson.

So, all of these pieces are works that I studied as a young teen-ager, and it is wonderful to come back to them now as an adult with much more experience and musical growth.

Raman Ramakrishnan (Daedalus Quartet) responds to questions: Why this repertoire? Why now?