One of the best things about working at PCMS is that unlike many other presenters across the country, we make a conscious effort to showcase artists who have ties to Philadelphia.  Some PCMS artists have longstanding connections to our fair city (Cynthia Raim, Soovin Kim, Ricardo Morales and Elizabeth Pitcairn, to name just a few) – and then there are others who studied and honed their crafts here and later went on to have hugely successful careers but rarely get back to the city where it all began for them. 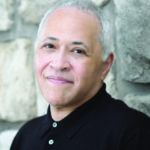 Tenor Vinson Cole is one of these kinds of artists.  Born in Kansas City, Mr. Cole spent the better part of a decade in Philadelphia, training first at the Philadelphia Musical Academy and later at the Curtis Institute under the tutelage of legendary singer and teacher Margaret Harshaw.  Since leaving Philly and winning the Met Opera Auditions his career has blossomed, with this African American tenor now having sung in virtually every major opera house in the world.

Internationally recognized today as one of the leading voices of his generation, Mr. Cole returns to Philadelphia on Sunday, October 17 for an afternoon recital featuring Spanish, French, English, German and Italian songs plus a selection of spirituals.  To learn more about this intriguing program, I encourage you to read this KC Free Press review from one of his spring performances.  “Ravishing in depth of emotion, Cole sang with superb vocal control," states critic Gayle Hathorn.  "His supple lyrical tenor voice was rich with dark overtones.”

We hope you'll join us in welcoming this wonderful tenor back to Philadelphia.  Order your tickets today at www.pcmsconcerts.org or call Bradford or Brian in our box office at 215-569-8080.