Sticking to the Roots: the Future of Chamber Music

I often say that chamber music as an art form is not waning but evolving. While this evolution may depart from what is considered "the norm", groups are expanding repertoire, style and genre in ways that harken back to a tradition lost among the wealth of written masterpieces. 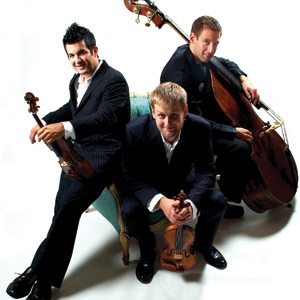 At some point, the luxury of hearing centuries-old works of genius began replacing the once common art of classical extemporization. But in the last few decades, the "old" practice" has made a return. "Why shouldn't a string quartet endeavor to write its own music together?" asks violist Nicholas Cords of the string quartet Brooklyn Rider. “There was not such a clear line between composer and performer a century ago.” Now this group, along with others like Time for Three and the Turtle Island Quartet, is blurring the lines and returning to the foundations of how classical music was originally made.

Incorporating improvisation and composition into the fabric of an ensemble’s identity not only furthers the genre as a living art form, but helps to infuse a "spirit of improvisation" into their performances of older works as well. Chamber music is the perfect platform for combining the love for tradition and the desire for fresh meaning and ideas. As the next generation of artists takes the stage blending old and new forms, often within the context of improvisation, just remember that this is how many great works were born and why many of these new ones will also last — keeping classical chamber music firmly rooted as a living art form.

Ready for a live example? Time for Three appears tomorrow night -- Friday, October 14th -- at the American Philosophical Society (427 Chestnut Street).  The members -- Zachary (Zach) De Pue, violin; Nicolas (Nick) Kendall, violin; and Ranaan Meyer, double bass -- carry a passion for improvisation, composing and arranging.  Their 7:30 pm performance will feature elements of classical, country western, gypsy and jazz idioms forming a blend all their own. Tickets for this special event are still available only at www.pcmsconcerts.org.

A New Voice, or How I Grew to Love Music