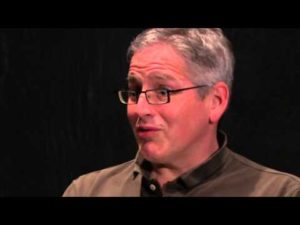 David Patrick Stearns, the Classical Music Critic of The Philadelphia Inquirer, wrote about the appearance of Rossini's Petite Messe Solennelle three time in Philadelphia this year–twice in February and again in April.  "Like a blue moon," he writes, the work is seldom-heard because of the challenges one has to overcome...namely that of acquiring a harmonium.

...the harmonium [is] a first cousin to the organ that was ubiquitous in the 19th century but is almost unknown in the 21st. Since the instrument was built to settle into Victorian homes and churches, some current owners don't like to let their instruments travel. At the Philadelphia Chamber Music Society, Cohen searched four states before renting one from Kenneth Pratt in Charles Town, W. Va., for both the Choral Arts and Philadelphia Singers performances.

The instrument, a 1906 Estey made in Brattleboro, Vt., arrived amid light snow in a pickup truck, wrapped in eight blankets. "She's made of walnut on the outside and the best obtainable white pine, cherry, and spruce on the soundboard," Pratt said in an e-mail. "It sold for $875 at the time . . . that's $26,000 today."

But with this now in place, PCMS' presentation of the "little solemn Mass" will be the second performance to appear in Philadelphia, just nine days after the Choral Arts Society undertakes it.  On our series, the Philadelphia Singers Chorus will be led by David Hayes and joined by artists from the MET Lindemann and Juilliard Opera Programs.  Performing on the harmonium will be Michael Stairs; Ken Noda and Cecile Licad will take their places at the piano in this rare performance on Monday, February 18th, 8 PM, at the Kimmel Center's Perelman Theater.