We're proud to announce that Tony Checchia, Artistic Director of PCMS, will receive a special honor this January at the Chamber Music America conference.  Tony, who founded PCMS in 1986, has also helped to lead the famed Marlboro Music Festival in Vermont for some 50 years.  In honor of Marlboro's 60th Anniversary, Tony and his colleague Frank Salomon will receive the Richard P. Bogomolny National Service Award.    Details on the award, as well as a special celebratory concert taking place, can be found below. 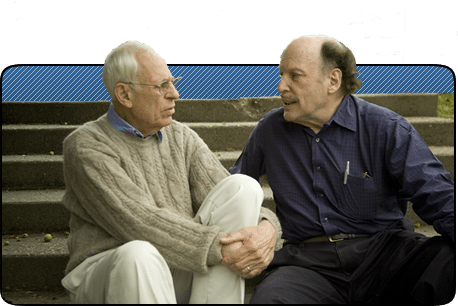 Tickets may also be ordered directly from Symphony Space.

As presenters--jointly in Vermont, and separately in Philadelphia and New York City--Anthony P. Checchia and Frank Salomon have devoted more than half a century to chamber music artists and audiences. As co-administrators of the Marlboro Music School and Festival, they have helped develop one of the world's foremost centers for advanced chamber music studies. Join us in honoring Frank and Tony at the conference's culminating event.

Note: Banquet tickets are limited and available only by advance purchase. Conference registrants may order tickets--and extras for their guests--on the registration form. Non-registrants who plan to attend the banquet only may send a check for $120/person directly to:

The Maestro Will Hear You Now:PCMS Master Classes

Thoughts on Listening, and on John Cage