We, Too, Sing America: Art Song & the American Ideal

Tsitsi Ella Jaji's scholarship focuses on the intersection of music, literature, and cultural studies. Her most recent book, Classic Black, is a study of poetry set to music by black concert music composers.

In her essay for our Emerging Voices project, she explores the bond between poetry and music and the idea of art song as "ethical encounter, an invitation to pay attention, to feel, to imagine."

In 1895 Harper’s Magazine published an article penned by the Czech composer Antonin Dvořák as his three years living and teaching in the United States drew to a close. Dvořák famously suggested that for American composers “inspiration for truly national music could be derived from the Negro melodies or Indian chants.” He wrote from experience, for he had already incorporated the spiritual “Swing Low, Sweet Chariot” into his New World Symphony, which premiered in 1893.

It was through the singer and composer Harry T. Burleigh, his student and personal assistant at the National Conservatory in New York, that Dvořák had come to know a number of spirituals. Today, Dvořák is remembered for his instrumental work and Burleigh for his arrangements of spirituals for piano and voice, but both wrote art songs. The songs that Burleigh, a native of Erie, Pennsylvania, sang for Dvořák were ones he learned from his grandfather, Hamilton Waters, who had been enslaved in Maryland and purchased his freedom in 1832. Four hundred years after the arrival on U.S. soil of the first captive Africans, people who carried nothing but their imaginations, it is sobering to recognize that there are deep roots of the American art song entwined in our nation’s history of democratic ideals and tragic betrayals. 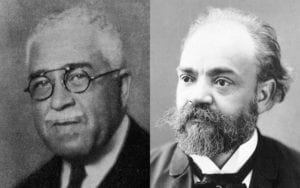 What Dvořák recognized at the cusp of the 20th century was that America’s strength lay in the rich polyphony of its many cultures. Indeed, modern composers lay claim to varied ethnic heritages and, more importantly, borrow and elaborate on diverse repertoires of folk material and approaches to composition, making it impossible to characterize “the American art song” as a single genre.

Art songs are uniquely well-suited to commenting on the present haunted by the past, because piano and vocal parts can sound two simultaneous ideas. Art songs are collaborative in every sense, whether a composer’s arrangement of a poet’s verse, a singer and piano accompanist’s approach to repertoire, or an audience’s reaction to a performance.

At every stage, the art song is an ethical encounter, an invitation to pay attention, to feel, to imagine. Just as Ralph Ellison believed jazz was a perfect model of American democracy, we might consider the art song as a model of practicing that democratic ideal on a more intimate scale, as an exercise in empathy. And because the form does not require a large ensemble, it has been one as likely to feature in community gatherings as in recital halls. Its smaller scale invites professional and amateur singers alike to present the vast repertoire to diverse audiences.

In the history of the art song, this intimate scale reaches back to French mélodies and chansons, and of course to German Lieder, whose greatest composer, Schubert, wrote what he considered Hausmusik: music to play in the living room, music for homes with a piano in the parlor.

This idea of music in the home came to mean a great deal in America, and in the 1930s a new kind of piano, a spinet, was designed to make owning an instrument more affordable. Rather than art songs, it was popular music that was more likely to be heard at home, but this singing together was an important analog to vocal recitals. The beginnings of domesticating current entertainment technologies lie in the early 20th century’s gramophone and wireless radio.

Much to the consternation of arbiters of taste, it was blues and jazz records that sold best, and singers such as Bessie Smith and Ma Rainey made careers recording vernacular black music. The vocal texture of blues singers complemented a national timbre heard in the Tin Pan Alley songs shaped by Irving Berlin’s Russian Jewish roots, for example, and, as Dvořák noted in 1895, the clear clarion calls of street-sales people. Whether these sounds filtered into the vocalise of concert performers is less important than the way they trained American audiences to listen to singers’ voices and, by extension, the voice of the American people. 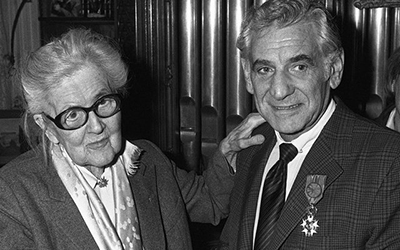 At the same time that the European canon of art song was beginning to venture from operatic bel canto to new vocal textures such as the Sprechstimme in the twelve-tone works of Arnold Schoenberg and others, the America sound began to embrace an identity as a country of immigrants. Even as the nation was haunted by Jim Crow laws and xenophobic exclusion, it was voices such as the Italian-American crooner Frank Sinatra and African-American pianist and songstress Nina Simone that shaped the sound of America.

Today’s composers have inherited not only a rich ethnic legacy but training in multiple compositional techniques and styles. Fans of concert music will hear the indelible trace of the brilliant mentor and musical internationalist, Nadia Boulanger, who encouraged her American students from Quincy Jones to Philip Glass to let their unique compositional voices flourish. We can hear a spliced-tape piece voice collage such as Steve Reich’s Come Out as a cousin of Samuel Barber’s delightful art song The Monk and His Cat. Art song has taught us to recognize the continuing evolution of the bond between poetry and music – Bob Dylan can win a Nobel Prize for Literature while Kendrick Lamar can win a Pulitzer for music.

What the art song will become over the course of this next century is unknown, but what is certain is that its eclectic, diverse, and ever evolving aesthetics will show us what America can sound like on its brightest days.

Tsitsi Ella Jaji is an associate professor of English at Duke University with expertise in African and African American literary and cultural studies, with special interests in music, poetry, and black feminisms. She previously taught at the University of Pennsylvania and has received fellowships from the National Endowment for the Humanities/Schomburg Center, Mellon Foundation, Radcliffe Institute for Advanced Studies, and National Humanities Center.