PCMS Elects Wendell E. Pritchett, Jr. to Board of Directors

The Philadelphia Chamber Music Society (PCMS) is pleased to announce that Wendell E. Pritchett, Jr. has been elected a member of the PCMS Board of Directors.

Dr. Pritchett is committed to PCMS’ mission and vital role in enriching the cultural life of the Philadelphia region. Each season, PCMS presents the only appearances in this city by leading international chamber music and recital artists, at affordable ticket prices that enable broad access. PCMS serves the community also by presenting a rich diversity of international artists and compelling repertoire; by providing a high level of customer service; and by inspiring young people and building new audiences through its education and outreach programs. Presenting more than 100 concerts and educational programs annually, PCMS is the largest organization of its type in the United States.

The Philadelphia Chamber Music Society is a founding Resident Company of the Kimmel Center, the Center’s official curator for chamber music, and the largest presenter in the Perelman Theater. In addition, PCMS presents concerts each season at the American Philosophical Society and other venues throughout the community. Each season, PCMS collaborates with more than 20 other cultural and educational institutions to benefit diverse audiences and serve mutual goals. 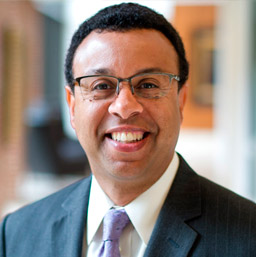 Wendell E. Pritchett, Jr. is the Presidential Professor of Law and Education at the University of Pennsylvania School of Law where he has served previously as Interim Dean, Associate Dean of Academic Affairs and Professor of Law, and as an Assistant Professor. From 2009-14, he served as Chancellor of Rutgers University-Camden. Dr. Pritchett’s wide-ranging service for the community has included Deputy Chief of Staff and Director of Public Policy for former Philadelphia Mayor Michael Nutter; membership on many nonprofit boards including The Campaign for Black Male Achievement, Pennsylvania State Planning Board, Cooper University Hospital, the Redevelopment Authority of Philadelphia, Dignity Housing, The Library Company, and others. He has been a practicing attorney and a professor of history, and he is widely published. Dr. Pritchett has a Ph.D. in history from the University of Pennsylvania, a J.D. degree from Yale, and a B.A. degree from Brown.