Announcing the Promotion of Miles Cohen to Artistic Director 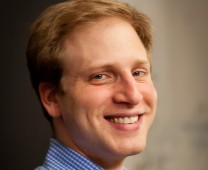 The Philadelphia Chamber Music Society is delighted to announce the promotion of Miles Cohen to Artistic Director from his current role as Manager and Artistic Administrator.

As you know, Miles has played an integral role at PCMS in his 16 years with our organization. Not only has he worked closely with Tony Checchia on our annual roster, but he is well-known to the artists we present, he is recognized throughout the chamber music field, and he has been a key public face for PCMS, both at concerts and in the community. His commitment to our international artistic standards, special goals, and the role PCMS plays in the cultural life of our city make this new era of artistic leadership all the more exciting.

Along with our founding Artistic Director, Anthony P. Checchia, Miles will be responsible for the planning, implementation and evaluation of the Society’s annual season of more than 60 concerts and 50 educational events by leading international ensembles and recitalists. This promotion is the culmination of a multi-year succession plan envisioned by Tony Checchia and implemented by the PCMS Board of Directors in conjunction with the Society's 25th Anniversary.

Jerry G. Rubenstein, Chairman of the Board of Directors, remarked: “The PCMS Board has great confidence in the ability of Miles Cohen to lead our nationally-recognized artistic program in new and exciting directions. Through his many years assisting our visionary founder, he has learned from the best there is. In his 16 years with PCMS, Miles has helped to organize and present more than 800 performances. As such, he is uniquely prepared to undertake our next chapter of artistic excellence while staying true to the core values that have helped PCMS to make Philadelphia a world-class musical destination.”

I hope you will join us often during the 2013/14 PCMS Season. By now you should have received our new Single Ticket Brochure, which details all 65 performances featuring works by more than 100 composers. Just to give you a snapshot–PCMS will present the only Philadelphia appearances by the world-renowned Artemis, Emerson, Hagen, Jerusalem, Juilliard and Takács String Quartets; pianists Emanuel Ax, Richard Goode, Garrick Ohlsson and Peter Serkin; violinists Isabelle Faust, Leonidas Kavakos and Christian Tetzlaff; singers Stephen Costello, Gerald Finley, Susan Graham and Ailyn Pérez; guitarist Pepe Romero; lutenist Miguel Yisrael; the Time for Three and ECCO ensembles; and many more–and we will also introduce area audiences to some outstanding younger musical leaders making their PCMS debuts. Furthermore, we will continue our founding policy of affordable ticket pricing to enable broad access to all performances. Single tickets this year cost just $24 each, and $18-22 by subscription. Tickets and more information are available online at www.pcmsconcerts.org, or by calling the PCMS box office at 215-569-8080.

I look forward to seeing you this season!