A Memorial Tribute to Jerry Rubenstein 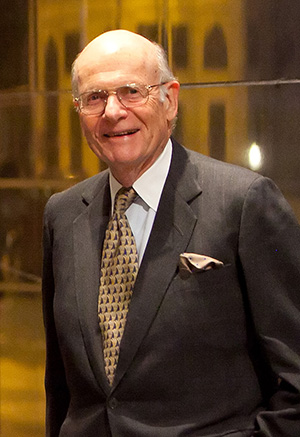 The PCMS board, staff, and community mourn the death and celebrate the life of Jerry Rubenstein, who passed away on July 26, 2022, at age 92. Jerry played an integral role at PCMS in its early years and throughout its growth and development over the next several decades. He and his wife, Bernice, had been attending Musicians from Marlboro tour concerts in Philadelphia prior to PCMS’ founding, and he became a close friend and advisor to Tony Checchia. Jerry joined the PCMS Board of Directors in its first year of 1986. He was elected Vice President the following year, a position he held until 1990, when he was elected Chairman.

Jerry was an enthusiastic and persuasive proponent of PCMS’ mission and values. He helped to instill within the organization an abiding commitment to fiscal stability and to remaining focused on its core mission and ideals. His leadership enabled the Society to expand its annual program—and its impact on the cultural life of the city and the chamber music field—while balancing the budget every year. Jerry’s dedication to community and his egalitarian values also helped PCMS maintain its policy of affordable ticket pricing, so people from all walks of life could attend, enjoy the music, and become part of the PCMS community.

Jerry will be remembered for all of that, and also for his deep love of music and his remarkable record of attendance at so many performances; for the respect and enthusiasm he had for musicians young and old; for his kindness and attention to colleagues, friends, and audiences alike; and for all the time and support he provided so generously to the world of classical music. Jerry will be dearly missed but very fondly remembered.

PCMS Celebrates the Life of Jerry Rubenstein – A Memorial Tribute