Roundel: A Journey of Loss and Remembrance

Commissioned by the Chamber Music Society, Roundel by Errollyn Wallen has its world premiere on our second Emerging Voices program, Lost Voices: The War to End All Wars.

In her essay for the project, the Belize-born British composer expounds upon art song's ability to express heightened emotions, the role of intuition in composition, and finding inspiration in the work of English writer, feminist, and pacifist Vera Brittain.

An important part of my life’s work has been to address what affects every creature on this earth—loss. I have been fortunate enough to have composed for a large variety of genres: orchestral, chamber works, ballet, film, theatre. But it is to song that I have turned time and time again for the expression of heightened emotion and atmosphere. The combination of words and music is, for me, a magical formula. Song, like dance, is at the heart of all cultures and in these forms we enshrine a collective memory and identity.

Being a composer is a particular way of being in the world, of thinking about the world around us, finding out how music works, and finding new ways of synthesizing our ideas in sound. A musical work for me is a place where shapes, words, colors, theories, movement, atmospheres, and dimensions of time are worked out together through the ear’s imagination. By observing my process closely, I have now come to understand the various stages of work and to see the similarity of those processes in other disciplines. I find that I come closest to understanding the music of my time and other times by composing. In this way the history of music I studied (sometimes rather dryly as a student) becomes a living and evolving phenomenon. 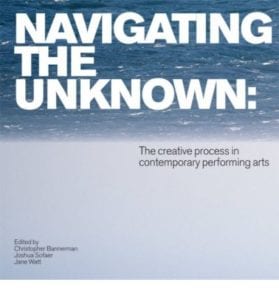 I rely greatly on intuition in every stage of my composing. I was asked to write about it in the book Navigating the Unknown (Middlesex University Press, 2006). Here is an excerpt:

“I am looking for something. Like a private detective or unwisely curious explorer, I have the faintest scent, a curling wisp on the air, a trill caught in the breeze as I bend to tie up a shoelace. I am looking for something I have neither seen nor smelled before. But how, in the myriad of possibilities of sound and combinations of sound, will I know when I have found it? And why am I looking for it in the first place? In these early stages of a work, when all I know is the timescale and date of the first performance, it is as if I am inching my way down a long, misty road…. Eventually, after I have become accustomed to the overwhelming solitude and have surrendered hope of finding anything at all I begin to see patterns dancing in sparkles right ahead of me on the path.”

And so it was when composing my new work for the Philadelphia Chamber Music Society. The poem, "Roundel," spoke immediately to my intuition and chimed with my own experience of loss and thoughts about World War I. The words inspired a clear musical vision. I was also pleased to represent the words of a great woman writer, Vera Brittain (1893–1970) who is best known for her book, Testament of Youth, in which she tells of her harrowing experiences during the war. So much more attention has been given to the experiences of men, and Brittain herself reflected that the “disadvantages of being a woman have eaten like iron into my soul.”

Brittain was devastated by the death of her fiancé Roland Leighton and her brother Edward in 1918. Her poem conveys both heartbreak and the dull ache of bitterness and loss. 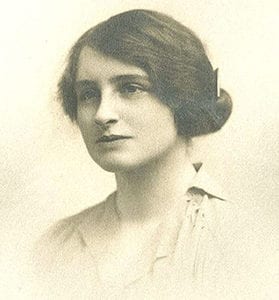 Right from the start I knew that I wanted to set the words for two voices so that we sense the presence of the lost person and to reinforce in music the idea that part of the remaining partner has also died. Most of us are walking around in the company of ghosts. While it is memory that we summon every day in order to survive, it is also memory that can cause the most profound emotional pain.

It was on a recent trip to London’s Imperial War Museum that I stood amongst the tanks, cannons, aircraft, and recreated trenches and reflected on the scale of the theatre of war and the sheer numbers needed to engineer every aspect of it. I am still suffering my own loss of one of my dearest friends who died last year and who was born in 1914, a few months before the outbreak of World War I. She told me that one of her earliest memories was the sound of a Zeppelin flying overhead. Her own father was deeply affected by his experiences in the war and suffered mentally all his life because of it. My friend, Ivy Gladys Hughesdon (‘Mrs H’ to me) still shed tears at the age of 103 as she remembered her father’s plight and her own loss after he died. I witnessed firsthand that the death of a loved one will always leave its mark, however long the bereaved survivor lives on after them.

It has been a privilege to set the words of "Roundel" and to accompany Brittain on my own journey of loss and remembrance.

Errollyn Wallen's Roundel will be performed by mezzo-soprano J'Nai Bridges, baritone Roderick Williams, and pianist Shannon McGinnis on Friday, January 17 at the Kimmel Center's Perelman Theater. For tickets and information, visit the event page or pcmsconcerts.org/emerging-voices.