In her essay for the project, she explores the complexities of English art song and contemplates the power of song to facilitate social interaction and exchange.

Art song has always been associated with expressions of individual and group identity. Since the genre’s inception as a response to Romantic poetry, it has placed emphasis on personal, intimate emotions. Given that composers have tended to set poems in the native language – especially those exploring details of local landscape – art song has also been entangled with articulations of collective identity, binding people together into a sense of national community.

As transport and communication networks expanded throughout the 19th- and 20th centuries, performers became agents of exchange, carrying song traditions across national, linguistic, and social borders, whether in live performance or through recordings, broadcasts, and other media.

Art song thus became capable of facilitating myriad acts of communication across time and space. That, at least, is one way of thinking about how the genre forges connections, becoming a means of social interaction and exchange. It’s an idealistic view, in many ways, and one that bears further scrutiny. We might begin with the issue of language, which serves both to unite and to divide communities: to include and to exclude, to create and to sever meaning.

Language, like landscape, is a key category in the definition of national community. In early 20th century England, when anxieties about national cohesion gave rise to a deliberate fostering of native musical traditions, numerous composers fashioned songs from the faux-folk poems of A. E. Housman’s A Shropshire Lad (1896). In the poems’ emphasis on landscape, memory, and loss, their nostalgia for past times and modes of rural existence resonated with broader expressions of national identity, especially in the years surrounding the First World War. Some composers, like George Butterworth, drew upon traditional English folk and folk-like materials. Others, like Ralph Vaughan Williams, cast his ear to the Continent, drawing broader influences from contemporary French music and creating – at least for some critics – a more palatable cosmopolitanism.

It isn’t simply through language and poetic content, indeed, that songs are capable of articulating national sensibilities. Nor either are composers the sole agents involved in sounding national music. The emergence of native song traditions has often been bound up with associated strategies for performance. We might take as an example the career and reception of tenor Gervase Elwes, who premiered Vaughan Williams’s Housman cycle On Wenlock Edge in 1909. Both before and immediately after the First World War, Elwes undertook numerous recital tours of Europe and North America, sometimes singing programs built entirely from songs by contemporary English composers. During the war itself he sang in actor Lena Ashwell’s concert parties, bringing together art and popular songs for the entertainment of troops in northern France. As a result, Elwes was often viewed as an ambassador for native music, taking a new tradition of English art song, in particular, across both class and national boundaries. 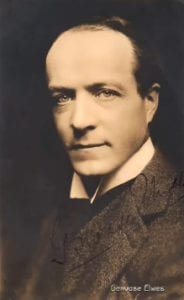 And yet, when examined in more detail, Gervase Elwes’s performance practices can be understood less as promoting cohesion and exchange than division and control. In his accent and mode of dress, and in certain modes of ‘self-effacing’ stage deportment and ‘reticent’ expressive sensibility, he was often perceived to have developed a peculiarly English manner of singing. As well as resonating with one, dominant set of contemporary ideas about national identity, his performance style played into wider social and cultural anxieties. His famously restrained, undemonstrative stage persona and insistence upon total silence from audiences served for some to lend English art song a veneer of cultural distinction; such distinction, in turn, supposedly followed from his ‘natural refinement’ as a member of the landed gentry. Elwes’s ‘nobility’ even furnished, for some commentators, ‘lower’ forms of popular song with a ‘higher’ cultural value. As such, his role as a performer became one of nationalizing and ‘improving’ the range of songs – and social groups – with which he came into contact.

Elwes’s career reminds us that national and cultural traditions will always have a potentially divisive agency. His performance practices might even be understood as a form of social control: a means of distinguishing between the performance of ‘higher’ art songs and ‘lower’ popular songs and, in turn, a means of distinguishing between their associated social groups and manners of consumption. These sorts of ideals arguably continue to shape art song culture today, whether in England or further afield. Consider, for example, the eschewal of excessive physical gesture among performers, or an emphasis on certain modes of listening among audiences: the avoidance of applause between songs in a cycle, or the distaste for accessible translations – especially when sung – that is sometimes detectable in concert and record reviews.

Perhaps we are too apt, then, to examine the role of compositional acts in articulating national, social, and other forms of group identity: performers and listeners also have the power to enforce and to disrupt exclusions and divisions. Keeping this in mind, performers might use the song recital as a means of promoting deliberately inclusive social interactions, bringing together music and poetry from different traditions and genres, for example, or encouraging a mode of freedom, innovation, and openness in the ways different song traditions are performed, (re)interpreted, and valued. Though frowned upon by some performers and consumers of art song, physical gesture and singing translations potentially enable a more immediate communication between performer and audience. A shift in ideas about audience appreciation – spontaneous applause according to emotional response, for instance – might also encourage increased attendance at the song recital, helping to undermine its reputation, at least in some quarters, as a socially exclusive cultural event.

We might even consider dispensing with the term ‘art song’ altogether, a label that arguably encourages a sense of division between those songs which are ‘art’, and all the rest, which are not. Song is a form potentially capable of forging bonds of sympathy between individuals and larger communities. Let’s hope that, whether as performers or listeners, we allow songs to cross borders, putting them to challenging and inclusive social work.

Ceri Owen participates in our first Emerging Voices panel discussion on Monday, January 13 at the College of Physicians. For tickets and information, visit the event page or pcmsconcerts.org/emerging-voices.

Roundel: A Journey of Loss and Remembrance