In Their Own Words: Robert Levin comments on his program

As part of our ongoing series of artist interviews, pianist Robert Levin recently shared with me some thoughts on his PCMS recital program.  Here are some excerpts from our conversation: 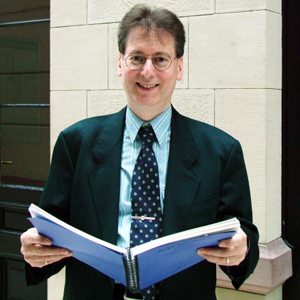 "The program I shall be playing resulted from an invitation from the International Mozarteum Foundation to perform in its annual Mozart Week (Mozartwoche), which is a ten-day festival that straddles Mozart's birthday (January 27).  At that concert I performed on Mozart's own piano, and the Foundation asked me to assemble a program that showed the relationship between Mozart's musical language and his Baroque forbears."

"The Prelude and Fugue and the Suite 'In the style of Handel' quite evidently do this.  The Adagio Variee is evidently Mozart's highly ornamented version of a keyboard piece by a North German composer in the manner of Carl Philipp Emanuel Bach.  The two Sonatas (F Major, K. 533/494 and Sonata in D Major, K. 576) show how the mature Mozart fully absorbed counterpoint and Baroque syntax into his personal style."

Pianist Robert Levin appears with PCMS on Thursday, March 17th at 8 pm at the Philosophical Society.  For tickets and information, please click here or call the PCMS Box Office at 215-569-8080.