Marlboro Loves Philadelphia: A Short Intro to the Musicians from Marlboro Touring Program

Marlboro loves Philadelphia! From the very beginning, Musicians from Marlboro ensembles have made Philly a regular stop on their tours, introducing exciting young artists to chamber music lovers along the way. The program was born in the 1960s, when William M. Judd, Rudolf Serkin’s manager at Columbia Artists Management, persuaded Mr. Serkin that Marlboro should share the results of its unique summer program with music lovers outside of Vermont. The first Musicians from Marlboro tours went out in the 1964-65 season, featuring a number of musicians who will be familiar to PCMS audiences–among them: Richard Goode, Jaime Laredo, Samuel Rhodes, Peter Serkin, Arnold Steinhardt, and Benita Valente. Marlboro groups returned to Philadelphia year after year, establishing an annual three-concert series that would provide a foundation upon which the Philadelphia Chamber Music Society would be founded in 1986.

Now in its 47th season, Musicians from Marlboro will be returning to Philadelphia on Tuesday to perform at the American Philosophical Society. The ensemble features violinists Tim Fain and Tien-Hsin Cindy Wu; violists Kyle Armbrust and Michael Tree; and cellist Peter Myers in a wonderful all-strings program.

How are Musicians from Marlboro groups formed? Each summer, Co-Artistic Directors Richard Goode and Mitsuko Uchida choose three or four performances that they feel are so compelling that they should be shared with audiences around the country. Each of these works is then used as the foundation for a different tour program. The result: Three programs of diverse repertoire, each featuring a work that has previously been performed at Marlboro by the touring ensemble. 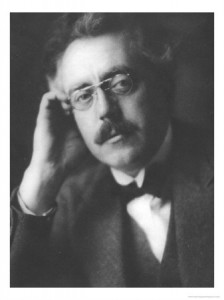 This fall’s tour features Frank Bridge’s rarely heard string quartet, written in 1906, which was performed at Marlboro in 2009 by Tim, Cindy, Michael, and Peter. If you want a preview, you can listen to the 2009 performance of the first movement below.  Surrounding this work will be Mozart’s String Quintet in C Minor, K. 406 (which Mozart transcribed from an earlier Serenade for wind octet), and Mendelssohn’s fiery, romantic String Quintet in B-flat Major, Op. 87.

It will no doubt be a wonderful concert, so head out to the American Philosophical Society on Tuesday to hear it!

Ben Davis is the Festival and Tour Manager at Marlboro Music and is responsible for hiring the festival's summer staff, coordination of events at the seven-week festival, and managing the Musicians from Marlboro tours each year.

"Modern Music" is Many Things