History is full of ironies and unexpected twists. Not the least of these is that the same composer who wrote in the summer of 1839 that he “rated vocal writing below instrumental music and never thought of it as a great art” should just six months later embark upon an extraordinary year devoted to song composition, writing over 160 vocal works, including the song cycles Dichterliebe, Frauenliebe und —leben, and both the Op. 24 and the Op. 39 Liederkreis cycles, considered to represent the artistic summit of the genre.

The cause of such a dramatic (and fortunate!) turn in Robert Schumann’s thinking has puzzled and intrigued musicians and scholars ever since. In his article "Schumann's Year of Song" (1965) Eric Sams offered the tantalizing hypothesis that Schumann’s composition on February 1, 1840 of that year’s first song, Schlusslied des Narren, (and, by implication, the torrent of creativity that followed) was inspired by a conversation with Felix Mendelssohn the day before. What could have been the subject of Mendelssohn and Schumann’s discussion? Sams suggests that it centered on the age-old question of whether music can be joined to a text without losing its purity and sublime nature. And the answer Schumann ostensibly gained from Mendelssohn? Set only the greatest poetry, and thereby retain the possibility of becoming a musical poet in turn. 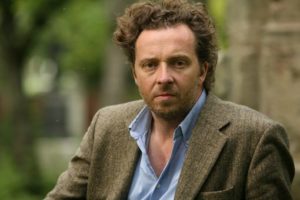 This Thursday’s recital featuring the German baritone Christian Gerhaher and the eminent Hungarian pianist Andras Schiff promises to be nothing short of a celebration of the song cycle — the genre in which the pairing of words and music is most subtly achieved. The program is anchored by Beethoven’s An die Ferne Geliebte, Op. 98 (1816) considered to be the first true song cycle, and by Schumann’s Dichterliebe, Op. 48, arguably its finest example.

Schumann admired the earlier work, quoting its final song “Nimm sie hin denn, diese Lieder” (Take then, these songs) in both his C major Fantasie for piano, Op. 17, and in his C Major Symphony, but the two cycles are very different. While Schumann composed Dichterliebe in a blaze of artistic inspiration as part of a year dedicated to song, the origin of An die Ferne Geliebte is thought to have been highly personal and autobiographical for Beethoven, the subject of the songs being none other than the Immortal Beloved. Whereas Schumann turned to the poetry of the great Heinrich Heine for his cycle, the poet of An die Ferne Geliebte, Alois Jeitteles, was a physician and only an amateur poet. Dichterliebe is psychologically multilayered and musically complex. Beethoven’s cycle, while certainly showing musical sophistication, seems at times to be purposefully simple and direct, almost naïve, as if to embody lines from the final song:

[And you sing, what I have sung,

What I, from my full heart,

Only aware of its longings…]

The two works share a very important link, however, in that both evoke the power of memory by ending with a cyclical return of previous themes. An die Ferne Geliebte ends by returning to the beginning of the work, he narrator imagining his distant beloved singing his songs. In Dichterliebe, the poet is consoled by the wordless song first sung by the flowers in “Am leuchtenden Sommermorgen.”

And in the case of both Dichterliebe and An die Ferne Geliebte, we see the poetry both elevated and given greater depth by their setting by the master composer-poets Schumann and Beethoven.

Admissions Director Jennifer Loux has been a member of the Marlboro Music staff since 2007. She holds degrees in music education from West Chester University and in choral conducting from Temple University.

A Closer Look at Booking a 60+ Concert Season