Special Programming Not Uncommon at PCMS

Like stewards of a prominent art museum, we believe our role at PCMS is to bring to the public works that encompass a wide range of artistic styles, periods and perspectives. The Society was created to fill in the landscape of our city’s musical life, to serve diverse audience tastes, and to allow great musicians to perform works they find to be especially meaningful and exciting. In our curatorial role, we also look for compelling ways to present the music, such as programs that focus on a particular composer, period or style.

As Tony and Miles develop each season, therefore, they consider not only the diversity of the artists, but the variety and presentation of the repertoire. There is no shortage this season of chamber and recital masterworks: 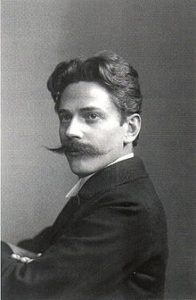 Who is the rarely-heard composer pictured above and mentioned in this blog post? Guesses welcome in the comments.

The PCMS "art museum" also has galleries devoted to great works of the 20th Century, and its amazingly varied schools of composition. There will be early masters who explored their ethnic and nationalist roots: Prokofiev, Janacek, Ravel, De Falla, Dohnanyi, Shostakovich. There will be later composers who epitomized the turbulent times in which they lived by speaking in startling new voices: Ives, Stravinsky, Messiaen, Ginastera, Dutilleux, Stockhausen, Lukas Foss and Elliott Carter. They are the Picassos, Dalis, Kandinskys, de Koonings and Pollocks of the musical world.

And this fascinating journey continues… How were composers raised later in the century shaped and influenced by their times? What music is representative of the world today? From the musical roots of the 19th and 20th centuries have gown an astonishing array of styles: 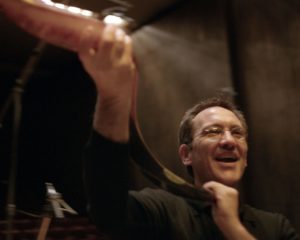 The world of chamber music is very much alive and thriving.

When new PCMS friends see that they can subscribe to 10 concerts for less than $20 per ticket, they sometimes ask, “Why do you keep ticket prices so low?” Hey, with so much music to hear, how can we not?

See you at the concerts!