As many of you know, the PCMS office is pretty quiet during the summer months. The bulk of subscription orders are in during the first week of June, and the Marlboro staff migrates north shortly after, leaving Brad, Erik, and me to hold down the fort. As a general rule during these two and a half months, we try not to listen to any classical music in the office — instead shifting our attention to blues, jazz, Motown, and even a little Led Zeppelin.

But as August 1st comes around and single tickets start flowing in, we begin thinking of what is in store for us in the next few months. As we were eating lunch today, we started to discuss some of the concerts we are looking forward to most in the coming season. 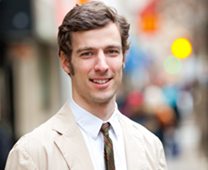 Erik is eagerly anticipating the PCMS recital debut of Anne Sofie von Otter. She is an artist who has garnered an incredible amount of acclaim and this, combined with her program and instrumentation (theorbo and harpsichord!), makes this one of his early season highlights. He’s also looking forward to Tai Murray’s recital for much the same reason. Tai is a fantastic musician, and as a violinist, Erik always makes note of artists on our series who he has never heard live. For six years, Erik has also coordinated the Social Series, and this year’s Ensemble HD recital may be one of the best events yet. 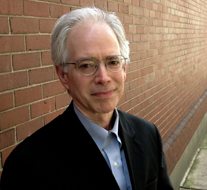 This season includes 19 artists making their PCMS debuts, and this fresh blood has not gone unnoticed by Brad. Paul Lewis has been one of Brad’s favorite pianists of the last few years, and while he technically played on our series this past season with Lisa Batiashvili, this will be his PCMS solo recital debut. Those of you who talk to Brad before the concerts may also have heard about his newly-revived interest in period performances, so it is only natural that Europa Galante is near the top of his anticipated concerts this season. In keeping with his European theme, the Doric String Quartet’s program of Haydn, Janéčk, and Schubert’s Quartet in G Major rounds out his top three.

As for myself, I’m looking forward to hearing Stefan Jackiw and Jeremy Denk perform the four Ives violin sonatas. They are as quirky and unpredictable as any Ives work, but they are also startlingly simple, accessible, and beautiful. As a percussionist, I would be remiss if I didn’t mention eighth blackbird. Not simply because of the battery, but the program is sure to be both entertaining and engaging. I’m also looking forward to the return of pianist Imogen Cooper. I was blown away by her PCMS recital three seasons ago, and while she is known for her interpretations of Schubert and Schumann, it’s the second half of the recital with Wagner transcriptions and Liszt etudes that I am looking forward to the most.

With 60 concerts, it is easy to find many to be excited about, but as the summer slowly fades to fall, we are sure to find dozens more.